Innovation and compliance: friends, not foes 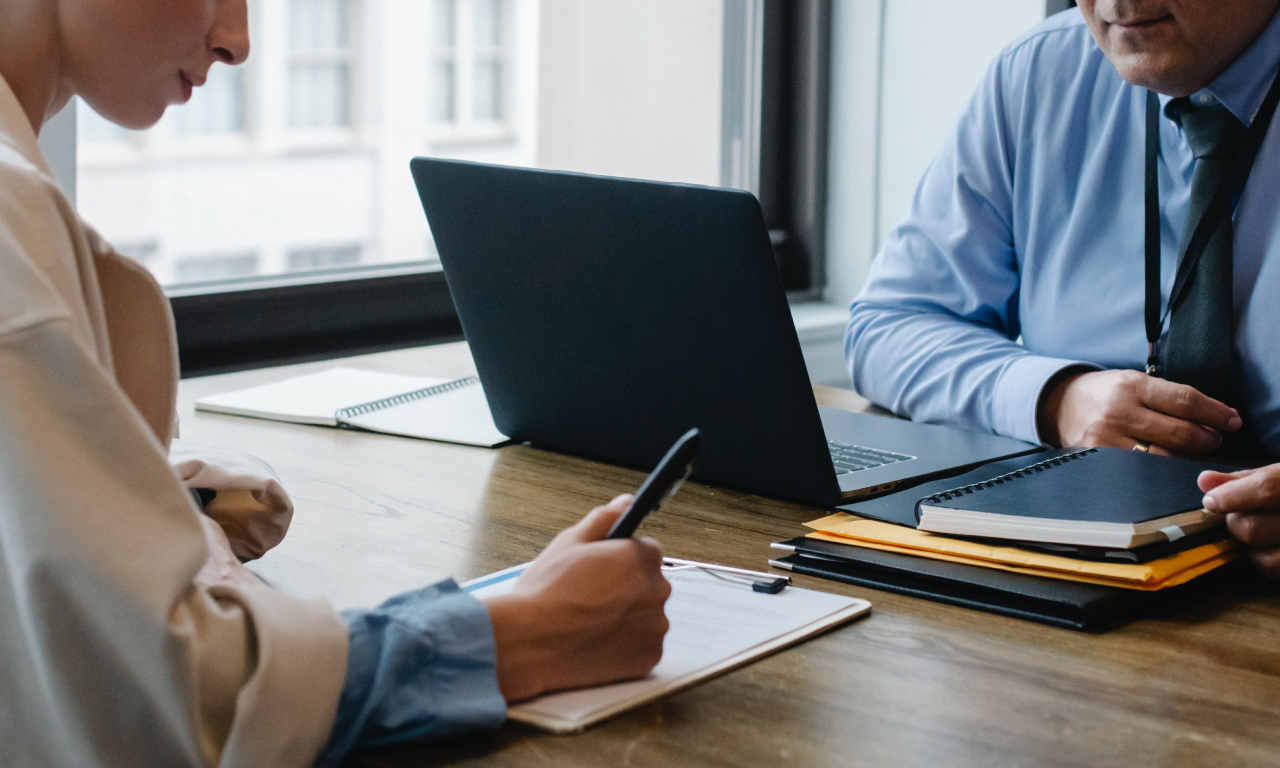 Innovation and compliance can sometimes butt heads. Compliance programs are built around an understanding of business outcomes and use cases, in order to build controls within the frameworks of the SEC, FINRA, or other regulatory bodies. Innovation can sometimes challenge those guidelines.

At last month’s Hearsay Summit, Hearsay’s VP of Compliance Strategy, Iain Duke-Richardet, spoke with Owen Donnelly of the Securities Exchange Commission, David Vambre from LinkedIn, and Steve Anderson from Oyster Consulting, about how innovation has played a role in shaping compliance in the last 18 months. Read on for highlights from their discussion.

Reach investors where they are, with the content that they want

As Chief Counsel of the Office of Investor Education, Owen oversees investor outreach; in pre-pandemic years, his team visited up to 300 military bases, senior centers, and other investor groups annually.

The shift to a virtual world required paying much more attention to what trends advisory firms were hearing about, because they were first in line with customers. It was also essential to develop creative, engaging content that could bridge the gap until in-person visits could resume.

In the early days of retail investing in cryptocurrency, there was a lot of fraud, so Owen’s team created a fake crypto offering website. “We had all the catchphrases, ‘You can double your money in a week,’ all that kind of stuff. And if someone said, "I'm interested in investing, it led them to our site and said, 'Hey, you should be aware. This has a lot of hallmarks of fraud.'" The site got over a million engagements in a month.

Delivering fun, memorable content doesn’t have to be difficult. For the SEC, a simple call-to-action like "For more information, go to investor.gov/crs," which then led to a form, got investors asking about 80,000 questions a year that fueled the content pipeline. Owen’s team also experimented with changing writing style, and leveraging firms for content distribution.

“I think we're more successful because we're paying attention to [social media] channels to reach far more people and understanding their needs a little better,” adds Owen. The silver lining from this year? Shifting to virtual and looking more closely at content allowed his team to visit ten times as many bases as before, and also to more effectively measure content effectiveness on digital channels like their website.

Observe, educate, and over communicate

For LinkedIn, the past year saw the launch of several new features such as LinkedIn Live, LinkedIn Events, LinkedIn Stories, and LinkedIn Polls. David noted that financial services firms were often the early adopters behind these tools, for example with LinkedIn Stories.

“We like to put innovation in the hands of users,” says David. “We monitor very closely and we try to make our assessment of what works well, and what doesn't work well. We ask, what's the best use that we've observed?”

After observing how people adopt the innovation, his team educates on what’s okay, what’s not okay, and always errs on the side of over communicating. “The way that we're approaching the topic of compliance is that we're mindful that with change comes turbulence, and we believe that the best way to navigate that is to over communicate,” he says.

Steve agrees that education is paramount. “Often customers come to us first and say, ‘Here's what we think is a problem.’ [Other times they] come to us and say, "I've got a regulatory issue, or I've got to fix something,” he says. “Frankly, the client's going to spend about four to five times as much money if we have to fix a problem.”

Between resolving the problem and addressing reputational damage, it's much more expensive to fix a problem [after] than before. “So you've got to educate,” says Steve.

Having a proactive stance embedded in technology also helps. For example, scams targeting seniors have worsened in the pandemic; tooling now exists to monitor spending and investing behavior for abnormalities, then allowing proactive alerts to be sent to children or a trusted contact.

“When we look at seniors, often there's not families sitting there very close to them,” says Steve.

“A technology solution that comes in and says, ‘Here's a way to help—at least to identify a concern—is tremendously valuable. It doesn't cure the fraud, but may identify it quicker than what might be found otherwise."

Thanks to Owen, David, Steven and Iain for sharing their thoughts on innovation and compliance with our community.

Vivien Wang
As Director of Corporate Marketing, Vivien leads the team in charge of Hearsay’s PR, branding, content and social media. Based in San Francisco, she’s an avid yogi, foodie and linguaphile, and will dare to correct your grammar in three different languages. 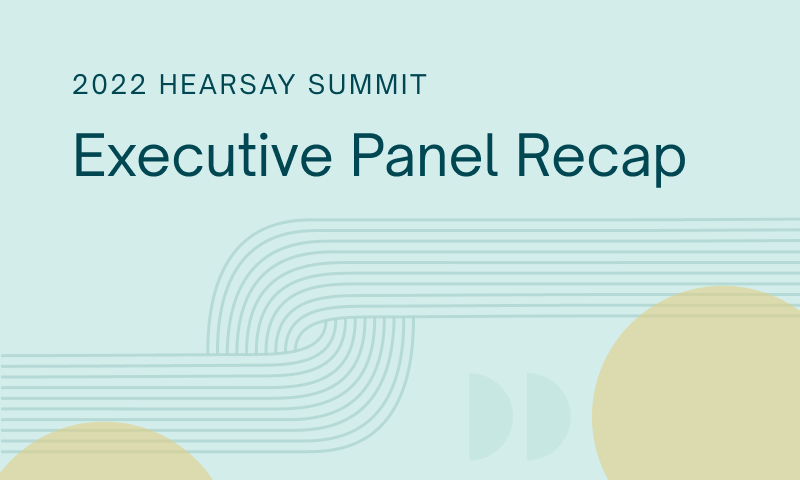 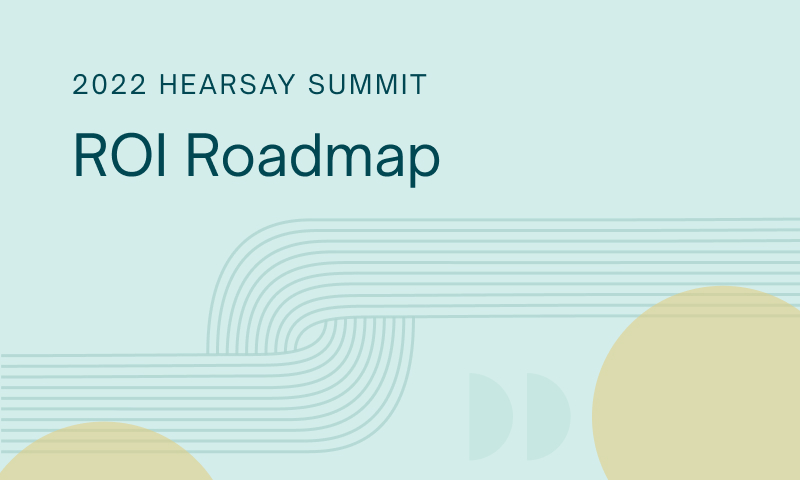 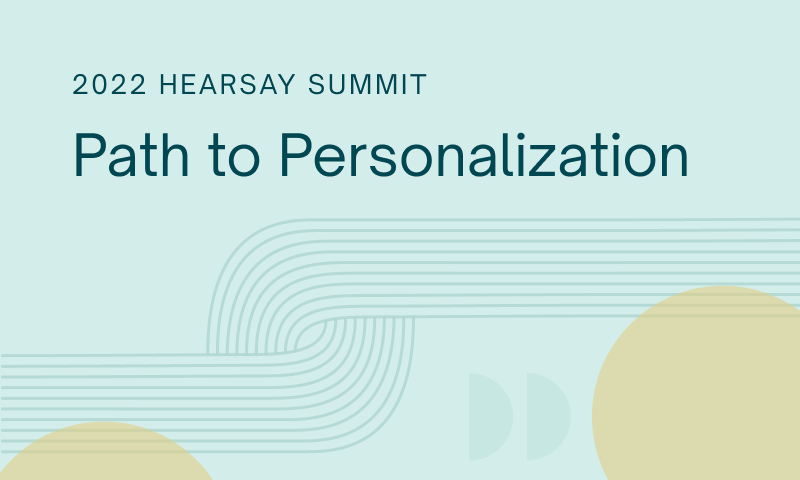 Events
May 13, 2022
Our site uses cookies to enhance the viewing experience. By continuing to browse our site, you agree to our Privacy Policy.
Ok, I got it